Winter Prep for Your Hunting Property 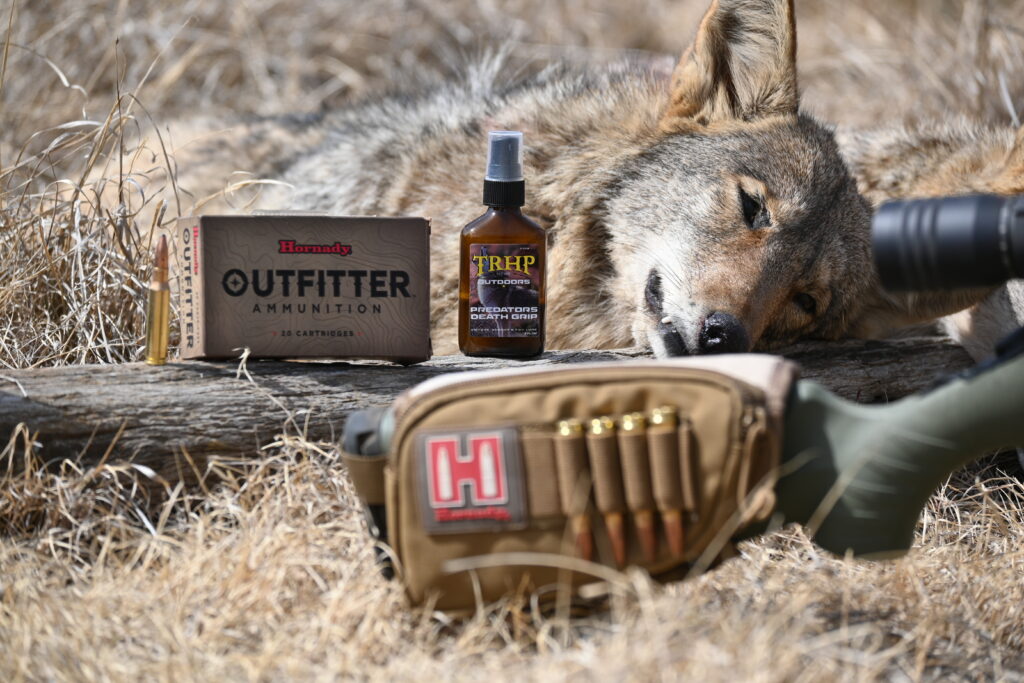 Winter Prep for Your Hunting Property

With the 2021-22 hunting season rapidly ending across the country, we close this chapter in a book we, as conservationists and hunters, started writing last year in late winter, early Spring. Like blank pages in a book, we get the chance to write a new chapter and lay the groundwork for another successful upcoming hunting season. 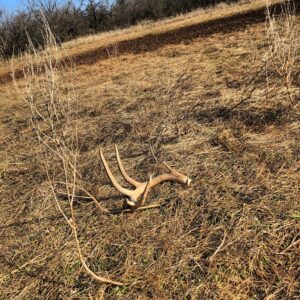 I would be lying this time of year if I told you I wasn’t already daydreaming of sheds or velvet antlers in late January. There’s something magical about the time of year when you can walk through the woods and find an antler on the ground, a buck casted. Although we aren’t quite there yet; During this brief period (January & February), there are some crucial things you should be focusing on!

All too often, it seems like a back seat approach is taken during this time of year. This brief period may not yield an extensive laundry list of things you can do for your property. You can do some necessary things that produce positive results for the upcoming season. As I intend in forthcoming articles to elaborate more on this “laundry list,” I’ll start with what is always my first response whenever I’m asked, “what can I be doing during winter.” Regardless of what your management program is, I always tell people to focus this time on predator control and apply as much pressure as they possibly can!

With Spring just around the corner, that means fawns will be hitting the ground! No matter the management practice on your property, fawn recruitment is always paramount in any program. Coyotes can cause a significant increase in fawn mortality! Additionally, bobcats, feral hogs, and other predators can play a large part in fawn survival. Predation isn’t the only thing impacting fawn survival; many things play into the mortality rate of fawn recruitment numbers. I always recommended implementing a predator management program on any property in any state.

Whether it’s my property or client’s property, late winter, I can always be found hunkered down, my old Ruger 22-250 or 17HMR in hand, blowing a cottontail or jackrabbit call, waiting patiently to “save a life” by harvesting any predator that comes to investigate the sound. I’ll be the first to admit, I’m no Gary Roberson or Al Morris by any means, in my opinion, two of the greatest callers and predator hunters. I’m sure there are many times where I’m calling and see nothing, but had they been there, it would have ended with the sweet aroma of gun powder in the air. Over the past few years, I’ve also really enjoyed trap lines, mainly using snares on the fence. Although trapping is an art within itself and takes a lot of trial and error, it can majorly increase the number of predators harvested. But as anyone who’s run a trap line knows, many factors go into success and require strategic placement and strategy.

One of the most significant issues I have regarding predator control in areas with thick ground cover is simply getting them to come out in the open. Even with today’s technology in Night Vision and Thermal, which I utilize a lot, the issue still stands… if you can’t get them in the open, you can’t take an ethical shot. Sure, I could start sending lead up into the brush, possibly connecting with a lucky shot even though some would say, “it’s just a coyote.” Regardless, if it’s a coyote, bobcat, or feral hog, we as conservationists owe it to all wildlife we pursue, the respect of taking ethical shots that don’t require the animal to suffer! 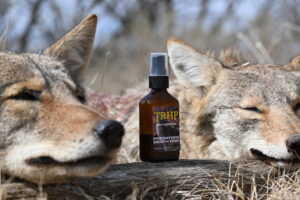 This past year I found a new way to increase the success of predator control. I have the privilege of collaborating with TRHP Outdoors, who created Predators Death Grip. This product can be used to run trap lines or in calling situations. It pulls them out of cover and gets them in the open to allow me to make a lethal shot! They have taken urine from coyotes, bobcats, and foxes infused it with certain glands and musk’s to produce this lure that is more powerful than anything I’ve ever seen! I have been a mediocre predator hunter at best; it’s just not something I have never put much energy and focus on because I have always been satisfied with my ability to “just get by” with my level of calling. Since I started using this product, it’s been a “night and day” difference in the number of predators I have harvested.

I wanted to put the product to the test. I was highly interested to see how quickly it would work on its own. I picked a day with a slight wind between 7-8mph; I sprayed the limbs of a Mesquite tree (using about a half of a 2 oz bottle), then stepped back about 80-90 yards and perched up against a tree, ready to put the time in no matter how long that might be. I didn’t know what to expect; for starters, I had only used about 1 oz of product which I didn’t realize was even enough for the wind to carry. Beyond hunting over gut piles at night with thermals, sitting and waiting for predators isn’t something I’ve ever really done or seen many people do. About 30 minutes later, I remember thinking, “this is never going to work” boy, was I about to get proven wrong! Not 15 minutes later, I look up, and coming from my left are two male coyotes, at a steady trot as if they were being called to; they were intently focused and went directly to the Mesquite I sprayed with Predators Death Grip. They circled the tree for a second, vocalized with a few quick barks and growls, then randomly turned on each other and started fighting. I decided to dispatch the largest one with the Ruger 17HMR quickly. I could not believe how fast that happened, so I decided to sit tight. I would end that day seeing six more coyotes coming to that tree, in which I would pick off three more. Two feral hogs appeared as well, and I harvested one of them. 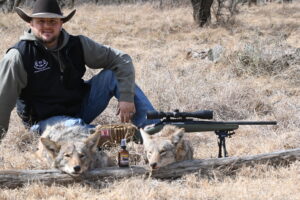 I believe it is essential that every property implement a predator management program to some degree during the late winter. We all know the importance of fawn recruitment and its role in the future of our deer herd! Just remember this, for every predator you take off your property, you give a fawn that will be born in the next few months a better chance to survive. You never know that one fawn could be your next Boone & Crocket!